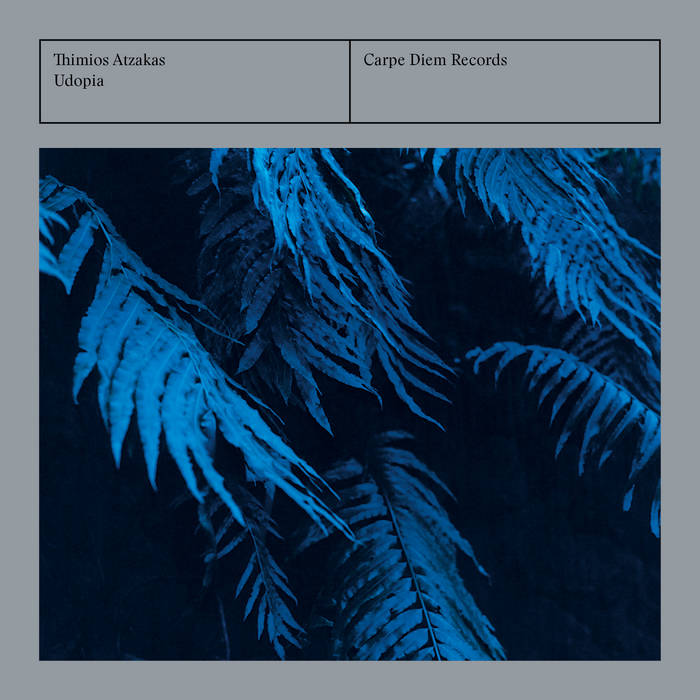 Thimios Atzakas: Music between the Middle East and Europe, between Contemporary and Jazz

The debut album of Greek oud virtuoso and composer Thimios Atzakas features a selection of his own compositions and arrangements that he created over the last years. His style is strongly influenced by Oriental traditions, which merge with his background in European Jazz and contemporary classical music, creating an intriguing fusion, a sound world of its own that defies any concrete definitions.

The ensemble consist of seven musicians from various backgrounds of world, classical and jazz music, who have played together in this formation for many years, creating mutual musical understandings that transcend conventional stylistic boundaries.

“Udopia” sometimes resembles a story from Arabian nights, a fairytale that melds ancient and new elements, the West and the East, and explores the very roots of our musical heritage.

"In the exciting group of instruments belong the saxophone, neyflöjt, cello, viola da gamba, percussion and marimba. The singer Avgerini Gatsi builts with elaborately modulated voice parts of his work. But most of the album consists of his tight performance. His solo performance is an intensely profound state of musical concentration. Thimios Atzakas develops empathy with the musical experiences and impulses that give shape to his work. In Udopia he summarizes both the composer and the masterful oud player." - Lira magazine (www.lira.se)

All albums recorded and produced by Jonas Niederstadt

Bandcamp Daily  your guide to the world of Bandcamp